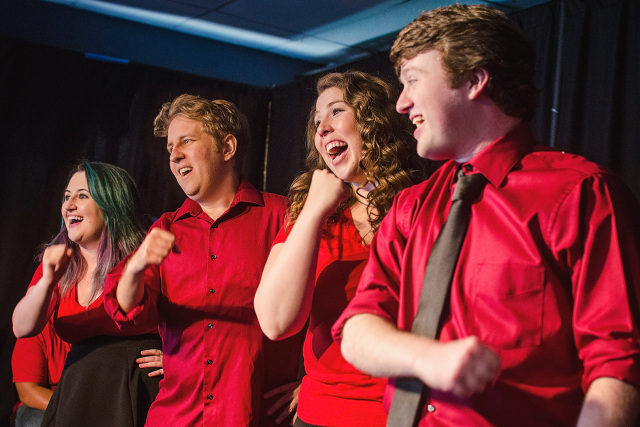 To Nashville, With Love

One of the most unique Valentine’s experiences in Nashville. We highly recommend ordering your tickets early as this show has sold out six years in a row. A special 7:00pm performance the day after Valentines Day. Bring your significant other, wife, husband, secret crush to this unironic celebration about love. We’re hopeless romantics, and this show will make you say AWWW. It’s an unforgettable and fun evening of improv. Featuring the best in games, music and scenes, it’ll be a night featuring everything there is to laugh about in life and love.

This is the Valentine event for you, no matter if you’re dating, single, married or ‘it’s complicated’. You might see first dates, special nights out, anniversaries, lost loves reuniting and marriage proposals. And that’s just in the audience. Come see this show and get ready fall in love all over again.

Sold out
Add to Cart