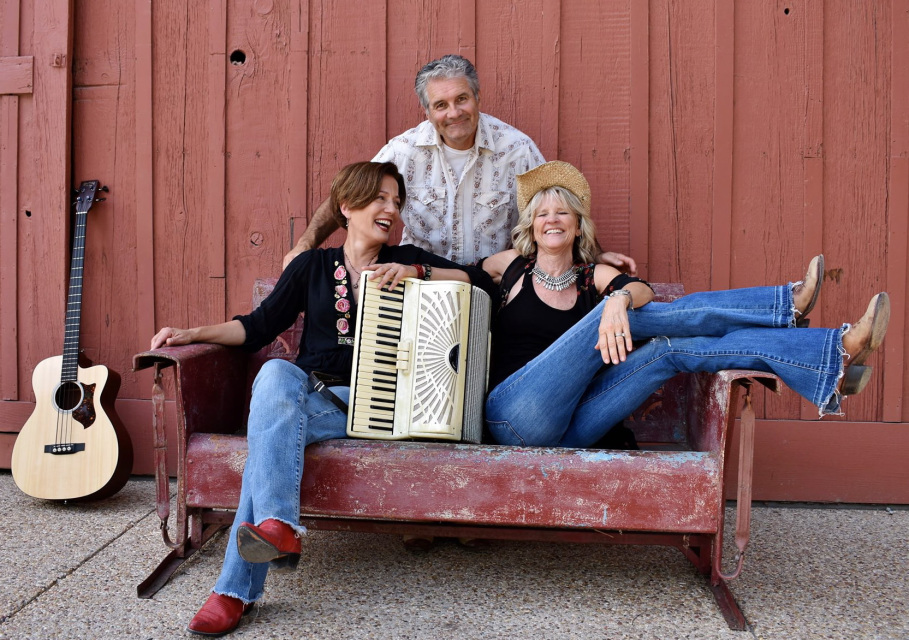 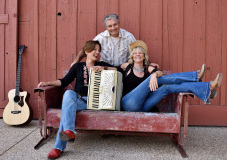 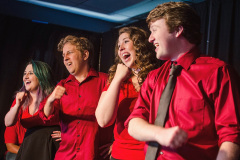 The Sweet Potatoes come out of Southern California to dish up a fresh blend of folk, country and homespun Americana. They’ll bring a smile to your face with sweet harmonies and finely crafted songwriting. As seasoned veterans of the entertainment industry, Kelly Macleod, Laura Hall and Rick Hall create music that is the culmination of their combined past experiences, passions and joys.

The Sweet Potatoes concerts feel a bit like a variety show, with original music, fresh takes on traditional and cover songs, and a little back porch storytelling. They love connecting with live audiences, sharing their music and stories. Theaters, colleges, house concerts, coffeehouses and churches across the country enjoy their family friendly, easy going shows full of music, joy andlaughter.

Kelly Macleod (guitar) cut her teeth on the road after being discovered by Eddie Van Halen while singing at a local club in Shreveport, La. Eddie brought her band, “Private Life” on his world tour, and produced their two albums.

Laura Hall (guitar, accordion) is best known as the pianist on the hit TV show, “Whose Line is it Anyway”. She came up in the acoustic music scene in Chicago, teaching at The Old Town School of Music, while playing in bands with Michael Smith, Buddy Mondlock and Tim

Rick Hall (bass, harmonica) is also an actor who has done hundreds of commercials and television shows, and is best known as Agent Johnson on Disney’s “KC Undercover”.

The Sweet Potatoes came together after Kelly and Rick Hall co-starred in, and Laura did the score for an indie film Rick wrote. Out of that collaborative process the women starting writing together, soo

making their eponymous debut cd. Their second, “Faith, Good Neighbors and a Telephone” expanded their voices as writers and interpreters of classics. Their latest, “Headin’ Home” recieved was described by Americana Music Magazine as “full of polish and soul, centered around delightful songwriting... featuring insightful lyrics and polished harmonies”These are the songs that really tell their stories, all with sweet harmonies and a touch of twang.

“What separates them, on stages big and small, is their ability to connect with

an audience, and their inherent joy in sharing their songs and stories.”

The cast of Nashville Improv are professional actors, singers, writers and stand-ups who love what they do. It’s a flight of Craft Comedy made by people who care.

Tickets are only $20 and can be purchased at www.nashvilleimprov.com(We strongly suggest pre-ordering yours as our shows tend to sell out)