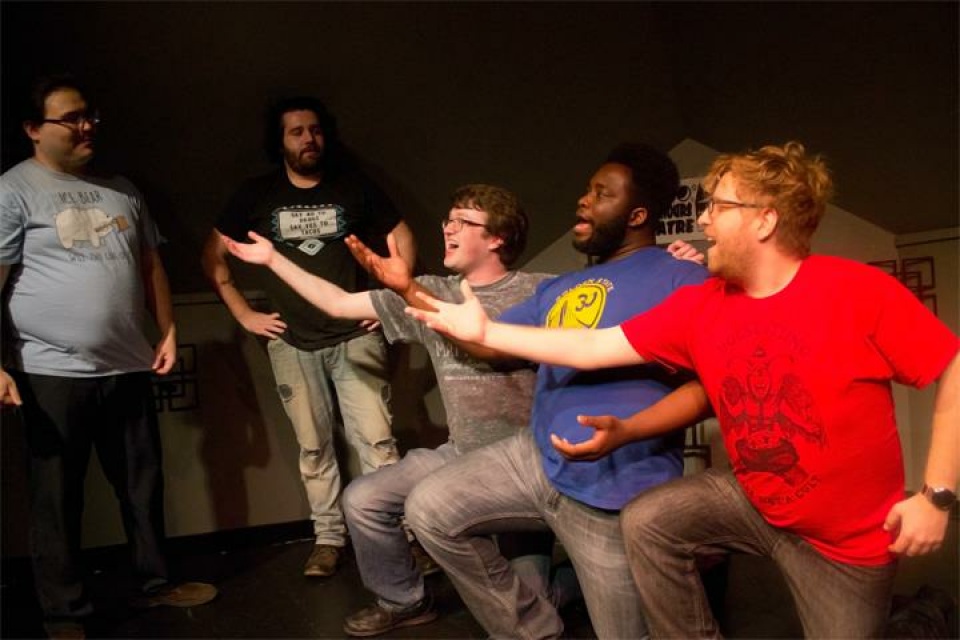 Want to see an awesome Improv show? Want to be a part of an awesome improv show? This Saturday you can do either or both! Join Nashville Improv for a Best of Show/Jam Hybrid! 0% Pressure! 100% FUN! Welcome to modern improv hilarity. The crack team at Nashville Improv has spent years researching and testing in their secret underground comedy lab, refining the best games from Chicago, LA, and Whose Line is it Anyway. Then they traveled the country, performing them in front of sold out crowds, learning that no pop-culture reference is too obscure, no musical riff too high, and no pun left standing.