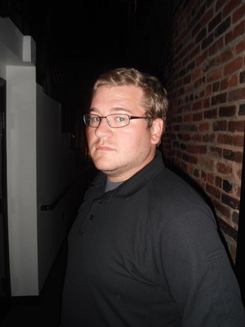 ​Alex always wanted to be a chameleon, what he first thought comedian was called, after seeing Three Stooges shorts knew he was destined to do something in the arts. With the help of those around him he is daily developing into a better person and performer. In his free time he does sound for various live events from sports broadcast to live concerts and the occasional movie. 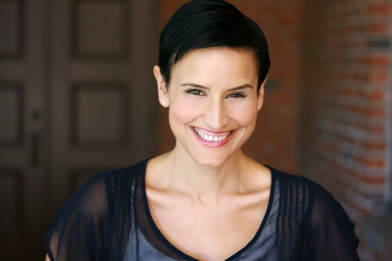 Professional actress, married to a man who loves playing rock and roll guitar on stage. Trained at The Groundlings and UCB she has also played multiple characters in Tony and Tina's Wedding in Chicago. 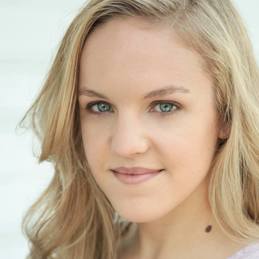 Aly discovered improv and knew it was fun at first sight. She loves games using her razor sharp wit, and references to all the pop princesses the world deserves. A fulltime nanny of an adorable 3 month old she still makes time to watch The Batchelor weekly. 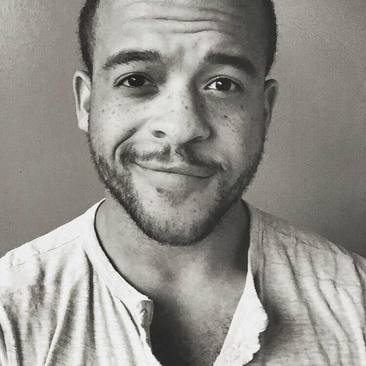 RC is a talented actor whose been bringing his joyful form of comedy and art to venues across the city. By day a Team Lead at Warby Parker you can find him styling and currently performing in NEWSIES at Circle Players in August 2018. 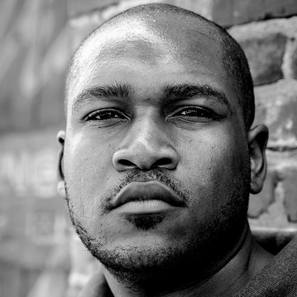 ​Angelo was born and raised in Nashville, Tennessee. He began acting when he was around 11 or 12. Around that time, a youth pastor took him under his wing to mentor him since he was having a hard time dealing with his parent’s divorce. Seeing a positive male role model use acting, directing, and producing to channel his own struggles, has inspired him to do the same.

He studied business management in college, but doubled majored with theatre at Trevecca Nazarene University. He graduated in 2013. Since graduation, he have been pursing theatre, tv, and film with the goal of doing art full time. His dream is to do multiple types of art full time (acting, writing, directing, producing, rapping/music). 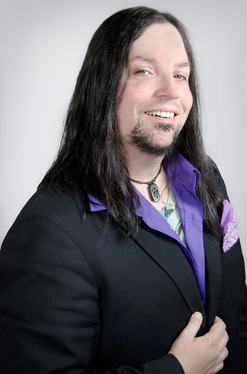 Ryan Leyhue's unquenchable thirst for attention naturally led him to the stage, and his equally obnoxious desire to prove to everyone how smart and funny he is led him into Improv.  Ryan has performed on stages (real and makeshift) all over the Southeast and selected parts of the coasts, including various theme parks, dinner shows, wrestling rings and pirate ships.  Ryan received formal Improv training from the good folks at SAK Comedy Lab in Orlando, Florida and can occasionally be seen teaching a thing or two about a thing or two to the Nashville Improv Company students.  Ryan also wrestles alligators.  So there's that. 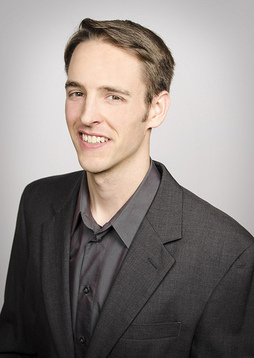 Jesse has lived in Tennessee most of his life, except for that one wild year in New Orleans where he collected enough beads to swim in them Scrooge-McDuck-Style.
He has a cushy, corporate video gig at Deloitte, but prefers to define his life outside of work. His hobbies include Contra dancing, rock climbing, and of course, improvised theater, which he has done for the better part of a decade. . 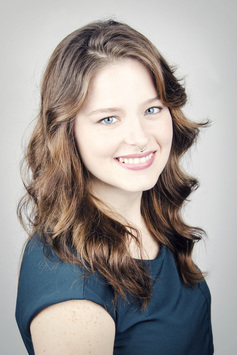 ​Jessica is a Nashville transplant and a native of Bloomington, Indiana where she started performing stand-up and improv. She began improvising at Indiana University with the troupe Midnight Snack Comedy, falling in love with the welcoming and encouraging atmosphere of this art. For Jessica, NIC has opened the doors to many opportunities to be involved in many local productions and she doesn’t plan on lightening up her schedule anytime soon. Her background in collegiate cheerleading, “Beowulf”, retirement communities, and organic farming gives her a seemingly endless melting pot of inspiration for cathartic storytelling. She knows far too much about vitamin supplements so feel free to ask her which ones help with insomnia. Unless she’s asleep, of course. 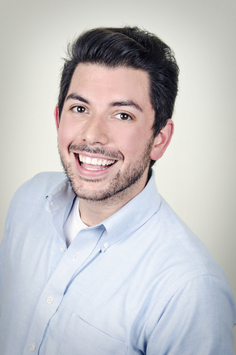 Raffi Frensley is a Nashville-native (a rare condition in this day and age) who has lovingly dedicated his best years to educating and guiding children much smaller than he. Raffi has since developed a method to recreate the frenetic environment that his 1st and 2nd grade students envelope him in everyday...live onstage! When he’s not performing improv, he’s leading dance lessons, performing stand-up, or transforming his favorite Pinterest Boards as musicals (Roux the Day: A Slow Cooker’s Journey). 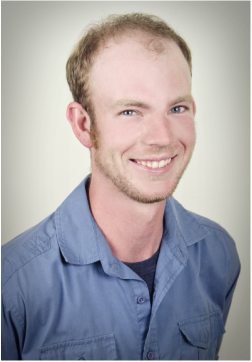 Ethan was born, grew up, and still currently lives in Glasgow, Kentucky. He appeared in numerous school plays, playing roles such as - Elvis, the Jungle Boy, Dorothy's dog-Toto, and the Letter 'T'. After high school, he started performing comedy in Nashville. His interests include bacon, The Lord of the Rings, Batman, deer jerky, and Errol Flynn movies. 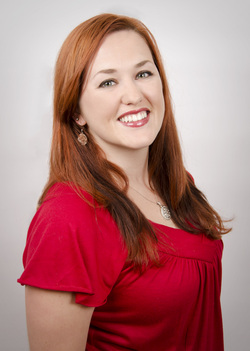 Adrienne's gypsy blood started with many childhood moves in Florida, Michigan, and Chattanooga and has then led her to life and improv in Montreal, Boston, Charlotte, and now Nashville, proving that an Arts degree still has merit somewhere.
From numerous marathons of "Whose Line Is It Anyway?" and years of theatre, Adrienne fell for improv like a 50 ton Acme anvil on Wile E. Coyote.  She found a troupe her first week at McGill University, and followed that up by finding NIC during her first year in Nashville. She and her husband Joe live in Music City with 3 dogs, 2 cats, 2 fish, and varying numbers of foster puppies. 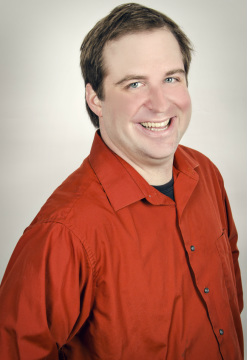 E. Roy Lee was born in Jackson, Mississippi but spent most of his childhood in Southeast Georgia, where he got involved in high school and community theatre.  Upon moving to Murfreesboro, Tennessee in 2001, Roy quickly became a familiar face in several Middle Tennessee theaters by flaunting his comedic flair in familiar shows like Play It Again Sam, The Odd Couple, and The Complete Works of William Shakespeare (Abridged).  Touting a BS in Theatre/Child Drama from MTSU, Roy is still teaching acting and improv to eager young kids and is currently in pursuit of his Master's of Education.  Roy has a beautiful wife and two lovely daughters who also have a knack for the theatrics. 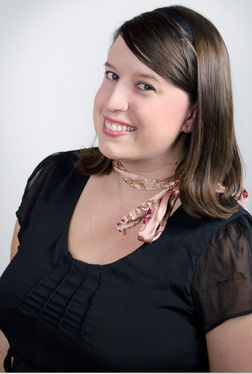 How long does a Yankee stay a Yankee after moving to the South? Forever. Just ask Jessica. For close to a decade now, Jessica has brought improv to a whole new level in NashVegas. Staying true to her Chicago roots, Jessica brings laughter and utter ridiculousness to the stage each night with her amigos of the Nashville Improv Company. Her love of the stage is rivaled only by her love of Hawaiian shave ice and antique porcelain ducks. When she’s not making biscuits at her day job, Jessica enjoys knitting shoes for cats and reading to blind people. 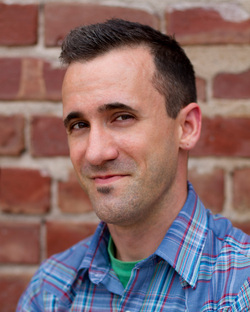 Tim Miller is creative, very creative and loves to ideate and dream. Along with over a decade of professional improv experience with national troupe ComedySportz, he also has over a decade of professional video experience. Both his improv and video work take him all around the United States (even all around the world!) He also has his hands in public speaking, photography, stand up comedy, and taxidermy. Tim and his wife Anne Marie live outside of Nashville in historic Franklin, Tennessee. He hates broccoli. 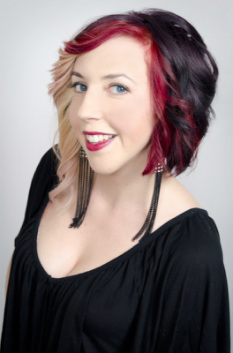 In South Nashville born and raised, in the theatre is where she spent most of her days!  By trade, Rachel works to beautify Nashville at Jòn Alan Salon.  Whether it was dancing, acting, cheering, or stunt work, Rachel has found many ways to bring drama to her everyday life. Her future plans include being the 6th Spice Girl, losing the fins so she can marry Prince Eric, and to sit on her throne as the Princess of Hair!